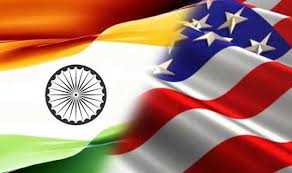 United States GSP which stands for Generalized System of Preference offers poor countries tariff free export into the U.S. markets as a system to support them and help them in economic development. India being one of the developing countries was benefiting from this system. Due to this system nearly $7 Billion worth Indian products have been waived of U.S. tariffs in 2018. India has not provided the United States with equitable and reasonable access to its market. This was made use by the United to justify the termination of the India’s 43 years old GSP.

Negotiations of an U.S. - India trade deal is taking place to solve the bilateral trade friction. The deal involves reinstatement of India’s GSP position in exchange for transparency into its market.  On September 2019 the Prime minister of India Modi attended the UN General Assembly held at the United States to discuss the trade deal with the President of India, the deal did not go into action but good progression has been made.

Under GSP more than 2000 Indian export items valued at $6.3 Billion was given preferential treatment. By terminating India’s GSP U.S. has finally taken away the special treatment. “With higher duties, Indian exports will become more expensive and will lose their competitiveness vis-à-vis other developing countries’ exports to the US” (Impact of US withdrawal of GSP on India, “Jayshree Sengupta, 2019)

India forced data localization practices withholding certain data flows which affect companies like Visa card and Master card. The U.S. is now planning to impose a tariff war by setting an H1-B visa cap lowering the rate to 10% to 15%. This, in turn, would affect the U.S. economy as almost $39 Billion is contributed by the international students and scholars of the U.S. College and universities. With China and India contributing to more than 50% of the international students, the cap on the H1-B visa will affect the education market thereby affecting the U.S economy.

The U.S. needs to realize that countries will retaliate against any measures taken as a protective approach. This will lead to high tariffs in the U.S. products and further affecting international relationships with the respective.

Impact of US withdrawal of GSP on India, “Jayshree Sengupta, 2019,