This is crazy because 45 years old is not old at all. And to think that the age of retirement is increasing means that a huge age group will be discrimated against in the work place for years on end.  Which is entirely unfair to those who are still raising families and saving for retirement.  -AL 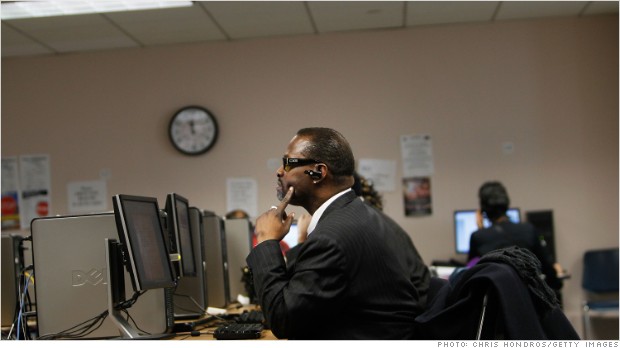 At what age are you washed up? Maybe earlier than you think.

There's been no shortage of press about how older workers face discrimination in the workplace. In 2012, researchers at Clemson University showed that 30 percent of people over age 53 faced some kind of discrimination due to their age. Companies still advertise for "young-thinking" employees. In the U.K., a third of folks in their 50s and older say they face some kind of age-related problem everywhere, from bad restaurant service to discourtesy in public.

But you don't have to wait until your 50s to be washed up. According to the University of Technology, Sydney, adults age 45 who lose a job may never find another.

Unemployed older workers, writes lead author Keri Spooner of the school's Management Discipline Group, stay that way far longer than their younger counterparts. Western cultures like Australia don't value older folks and hold a number of detrimental, and false, stereotypes, Spooner wrote in an email, including that "older workers are hopeless with new technology, they are more difficult to work with [and] they are more likely to get sick (because they are older)."

The news is not just depressing for aging child pop stars. Experts say this could become a serious issue as governments, including Australia's and the U.K.'s, look to increase the minimum age for pension programs. Workers have fewer prospects for jobs but have to wait longer to receive retirement money.

Anti-age discrimination laws don't necessarily help when we need them most, during economic downturns. In the U.S., strict state laws had no effect on unemployment for the aged and even might have been detrimental during the Great Recession, according to a Federal Reserve

In fact, older people (44+) were unemployed an average of 4.5 weeks less than young folks pre-recession, but six weeks longer during and five weeks longer post-downturn. With so many layoffs, it was tough to determine which were discriminatory and which were tight pockets, and strict laws make employing older folks more expensive, co-author Patrick Button, a Ph.D. candidate at the University of California, Irvine, tells OZY. "These laws didn't have any bite during the recession."

But it turns out the corporate workplace might not be baby boomers' final destination, anyway. They're turning entrepreneurial, increasingly starting their own damn businesses. Almost 21 percent were in the early stages of creating their own businesses, compared with 28 percent of prime-age workers, according to the Organization for Economic Cooperation and Development last year.